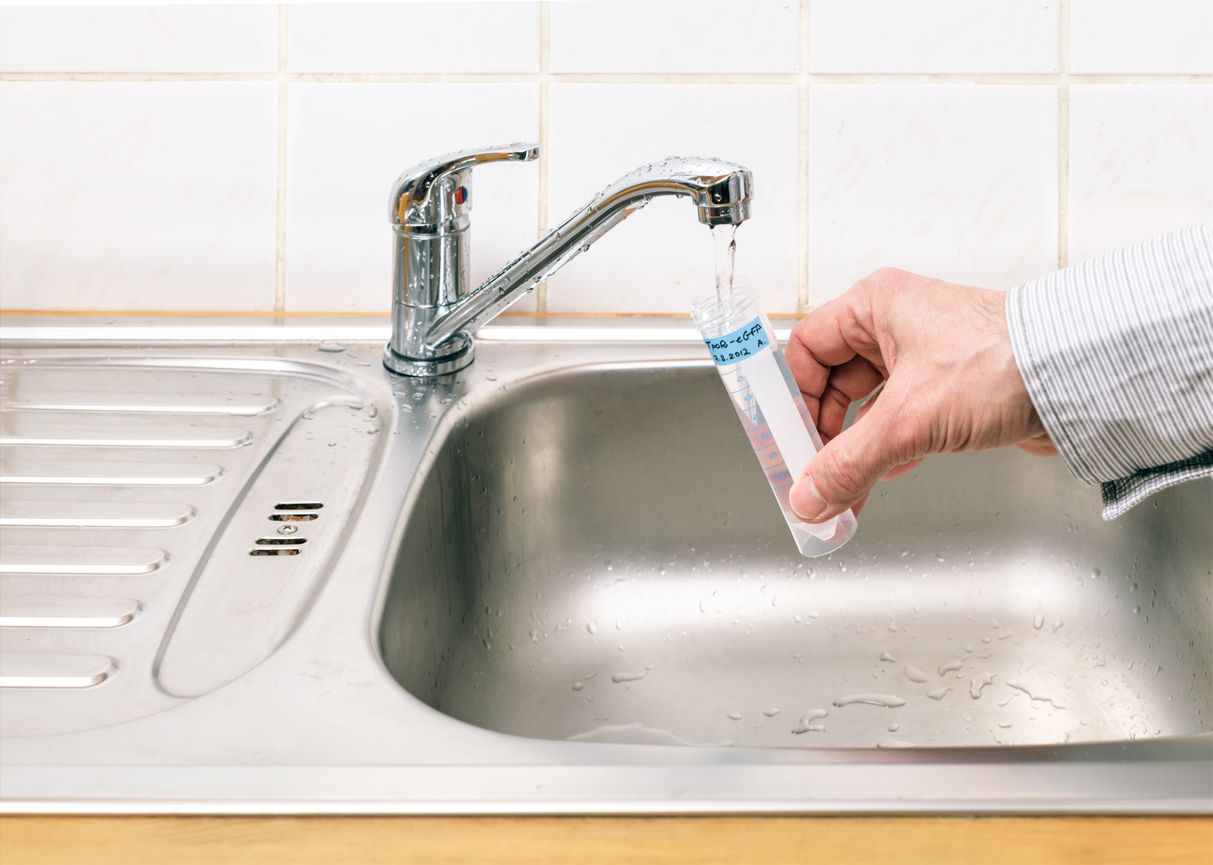 A microorganism, or microbe, is an organism so small that it can only be seen under a microscope. Those of most concern are the infectious variety, including bacteria, viruses, and protozoans.


While there are countless harmless – even beneficial - microorganisms exist all around us, infectious microbes can cause illness or disease. Read below to learn about which microorganisms to watch out for and how to treat your water to avoid them.

While infrequent in municipal water supplies, pathogenic bacteria can be found in unchlorinated private water supplies and stored water.

Escherichia coli: Better known as E. coli, is a type of fecal coliform bacteria found in the intestines of animals and humans. The presence of E. coli in water is a strong indication of recent sewage or animal waste contamination. During rainfalls, snow melts, or other types of precipitation, E. coli may be washed into creeks, rivers, streams, lakes, or ground water. If used as a water source, E. coli may end up in the drinking water if the water is not treated or inadequately treated.

Although most strains of E.coli live harmlessly in the intestines of healthy humans and animals, there is a strain that produces a powerful toxin and can cause severe illness. Infection often causes severe bloody diarrhea and abdominal cramps. Children under the age of five, the elderly, and people whose health is immunocompromised (i.e., people who have long-term illnesses such as cancer or AIDS) are at greater risk of severe illness.

Salmonella Enterica: Salmonella is most commonly spread by the improper handling of raw foods, such as chicken, has also been associated with outbreaks from contaminated drinking water.

In 2008, Colorado tap water was responsible for 79 cases of salmonella poisoning, which caused fevers and vomiting. Another study looked at the water supply of Togo, Africa, and found 26 cases of salmonella contamination, suggesting that developing countries are at a greater risk for bacterial infections from drinking water.

On of the most common types of microorgamisms are Waterborne cysts.

Cryptosporidium and Giardia These microorganisms are Protozoa with complex life cycles. They exist in a cyst form, very much like a microscopic egg.

When even a few cysts are consumed, they enter the small intestine, where they excyst, or ""hatch,"" and can multiply into millions of protozoa. Giardiasis and Cryptosporidiosis are flu-like illnesses with symptoms involving persistent diarrhea, nausea, abdominal cramps, weight loss and sometimes dehydration.

Cysts enter the water through treated and untreated sewage discharges. Livestock are notorious carriers of Cryptosporidium, while beavers have been identified as a carrier of Giardia. Once in the water, both protozoan cysts remain capable of infecting a host for many months, especially in colder water where they are more resistant to natural die-off. Similar to spores, cysts tend to be more resistant to destruction by disinfection.

Note: Because of their resistance to disinfection, Giardia and Cryptosporidium are now the most commonly identified causes of waterborne illness in the United States.

The History of U.S. Water Treatment

In order to combat water-borne disease, in the early 1900’s the United States began chemical disinfection of water supplies.

In 1908, chlorine was used for the first time as a primary disinfectant of water in Jersey City, New Jersey. In 1914, The U.S. Public Health Service set standards for the bacteriological quality of drinking water, the first federal regulation of drinking water quality. Following passage of the Safe Water Drinking Act of 1974, all 50 states adopted the Public Health Service standards either as regulations or as guidelines for all public water systems.

Thanks to chlorination and filtration of water supplies, outbreaks of disease from contaminated drinking water in this country are uncommon.

It is recommended that private wells be tested at least annually, and more frequently if flooding (which can cause contamination) occurs.

However, chlorination has its own effects – in particular, the chemical taste and odor. It also can produce disinfection byproducts (which may cause health issues) by reacting with other substances in water when stored. These byproducts can often be filtered out with activated carbon.

Water Softeners and most drinking water systems are NOT effective against bacteria or virus in water. In fact, most manuals for those products state they are “not intended for microbiologically unsound water”.

Ultraviolet systems are a chemical-free approach to disinfection. UV systems expose water to light at just the right wavelength for deactivating microbes, bacteria, viruses, fungi, protozoans, and cysts that may be present in the water.

Ultrafiltration Systems filter down to 0.02 microns in size. While UV kills the bugs, Ultrafiltration removes them. It also reduces turbidity and sediment in the water.

Reverse osmosis systems are capable of removing particles smaller than one micron. Water is passed through a membrane filter with very small pores under high pressure to remove minerals and contaminants, including all microorganisms.